Shrimp is absolutely a famous and favourite seafood among seafood lovers. There are around 3000 caridean species found and cover around 30% of seafood. We have numerous species of shrimps and that is cultivated worldwide.

One of the very interesting species of caridean is mantis shrimp and in this article, we will be covering each and every information about these marine crustaceans of the order Stomatopoda. Most of us may have consumed them or maybe keeping them in our aquarium. But do we know everything about shrimp-like shrimp eat, shrimp life, shrimp farming, etc?…..well let us make this article more interesting and share these very interesting facts about mantis shrimp with you.

The mantis shrimps are marine crustaceans and mainly found in shallow subtropical and tropical waters of the Indian and Pacific Oceans between Eastern Africa and Hawaii. The scientific name of the mantis shrimp is Stomatopoda which belongs to the class Malacostraca.

There few alternative names like prawn killers, sea locusts, and thumb splitters are given to this punching machine. Sometimes it is called pissing shrimp.  It is a small but one of the most aggressive predators. There are around 500 species of mantis shrimp which habitat in deep down on the bottom of the ocean in there burrows and make the reach of humans a bit difficult to them.

The mantis shrimp is usually seen from shades of brown to bright, blue, green, red and orange and flamboyant colors. Their forearms are usually covered with spots. They have very exceptional and rare eyesight situated on the long stalks that can move freely to find the prey and hiding from predators.

The mantis shrimp live in tropical and subtropical waters in the Indian and Pacific Oceans. The length of this beautiful animal is counted around 10 cm but can grow up to 38 cm, while the average weight of mantis shrimp is counted between 18 to 20 g. They have very strong claws in front and those claws are impressively powerful. This so-called shrimp is not actually shrimp, but members of the order Stomatopoda.

Smasher mantis shrimps are equipped with claws shaped like a club and they use it to smash and hammer their kill. This club is further divided into three subdivisions: the impact, the periodic, and the striated region. The main prey for them is snails, crabs, and other hard shell animals. They are structurally very similar to spearers but differ in the tips of their arms and also in the style of hunting. They hunt by leaving their burrows and prey on hard shell animals.

What do mantis shrimp eat?

The mantis shrimp eat crabs, worms, live fishes, snails, molluscs, and rock oysters.  The is a small animal is an opportunistic feeder and will love to feed on anything if hungry. They can eat even other mantis shrimp if hungry. It is a really aggressive and violent predator that you can easily say is you see them using their sharp claws in order to hunt the prey down.

The force of a punch of mantis shrimp is equal to the 22-caliber bullet, which can break aquarium glass if it is not tough. The main predators of the mantis shrimp are sharks and other big size animals, usually bigger than their size they scoop the shrimp up and eat it the whole. Humans also come in the category of predators of mantis shrimp.

The ocean mantis shrimp eat fish, crabs, and worms. They are nocturnal so they mostly hunt during the night, but if some crab or fish comes nearby their burrows, they will not let them go and knock them down with just a single punch. The striking Powar of this small shrimp is absolutely large. It just takes 8 milliseconds to strike, which is about 50 times faster than the blink of a human eye. They often called thumb splitter as claws are strong enough to wound a human.

Where does the mantis shrimp live?

The mantis shrimp live in many shallow, tropical and subtropical marine habitats. However, some individuals mess with the stomatopod crustacean. They keep them as a pet and that is terribly dangerous sometimes as a result of if you irritate an excessive amount of it can break the glass. The stomatopod crustacean is often Found 10-30 Meters within the Water sometimes within the Burrow kind.

However, it jumps it floats for a short amount of your time. The mantis shrimps live close to the coral reefs to caught fish and fish them. The stomatopod crustacean generally builds their homes close to a rock or under that thus, predators cannot get in. They hide beside coral and wait till the prey return by that the stomatopod crustacean will strike it.

The Punch of Mantis shrimp

Both of the species of mantis shrimp strike their prey rapidly and so quickly. The strike leaves significant damage on victims even greater than their size. The punch of the mantis shrimp is considered as world’s fastest punch. It is a small body animal with just length of few centimeters but it can throw the fastest punch on any animal and result in a serious injury.

The smashers have a more developed club which can hit the prey with the acceleration of 10,400 g force and speed of 23 meters per second.  The rapid strike generates vapour-filled bubbles in the water between the appendage and the striking surface, known as cavitation bubbles. Even if the strike misses the prey, the shock wave is enough to injure it seriously.

Moreover, the impact of the strike can also produce Sonoluminescence (the emission of short bursts of light from imploding bubbles in a liquid when excited by sound) from the crashed down bubble. It generates a very small amount of light within the bubble. The smashers use their claw to attack snails, crabs, molluscs and oysters. Indeed, mantis shrimp is deadly.

The one punch is enough to break the shell of these hard shell sea creatures. While speakers prefer eating and killing soft animals like fishes and shrimp, which their sharp claws can easily slice. The mantis shrimps have a belligerent nature because the rock crevices they inhabit are fiercely contested. This fight has also made these animals smarter than the average shrimp. The mantis shrimps are the only invertebrates that can distinguish other individuals of their species. Also, they can remember the consequences of a fight against a rival for up to a month.

The eyes of mantis shrimps

The mantis shrimp has the world’s best eyes. They have the most complex eyes in the animal kingdom and have the most complex visual system ever discovered. The eyes of a mantis shrimp have between 12 and 16 types of photoreceptors cells, while the human possesses only 3 types of photoreceptor cells in their eyes. Both in terms of their colour vision and to see the polarisation of light, they have an impressive vision.

Like other animals, mantis shrimp do build helpful region movements that facilitate keep their vision steady as they move through the globe, however, they found that even whereas helpful within the horizontal direction, they cannot resist rolling their eyes.

The addition of a UV photoreceptor is very difficult to imagine, but if we consider invertebrate vision it gets even more fascinating. Butterflies have usually five photoreceptors, providing them with UV vision and an enhanced ability to distinguish between two similar colours and the mantis shrimp are blessed with 16 photoreceptors that make them different than other animals on earth.

Mantis shrimp are very famous among researchers for their amazing vision capabilities. The eye of a mantis shrimp uses thousands of light-trapping ommatidia. The ommatidia are divided into three parts per eye, each section moves independently and each with its own pseudopupils. It allows the mantis shrimp to see the world from 6 different images.

Can You Keep Mantis Shrimp As a Pet?

There are so many people who keep shrimps as a hobby and some as farming. Thousands of shrimp species are kept by shrimp lovers. The best one is the red cherry shrimp as it will easily be adapted to the tank environment. It is widely sold and the best invertebrate for your aquarium. There are few more like ghost shrimp and the brine shrimp which are used as live fish food.

We will not say that don’t keep them. But they actually required an adaptable and suited environment to survive and plenty of food. If you are actually interested in keeping them as a pet, just go for it, they will definitely be a great pet you have an aquarium. Setting up a tank for mantis shrimp requires special attention and a lot of your time.

Things To Remember While Keeping The Mantis Shrimp

The tank you choose should be at least 30 to 40 gallons capacity. Moreover, it depends on the number of mantis shrimp you want to keep. Mentis shrimp love to roam on the bottom of the tank so you need to have the best substrates.

Make sure you choose the thicker glass as the will love to break anything with their powerful claws. Their real habitat is burrow so you have to provide them with a habitat the same as they find an ocean. For burrow, you can use PVC pipes, it is the best alternative that you have if you don’t want them to dig it on their own.

You can make the burrow at least 2 ft long underneath the large rocks. It gives them a nice home and a nice smooth dark place to hide. To provide them with a natural environment, you can have live rocks and other good quality substrates.

How To Create a suitable Environment?

The mantis shrimp love to make different types of structures in front of their burrows. It’s like their playground, so it’s really good to provide them with different materials to use. You have to wash the gravel substrates for a number of times to remove excess dust and debris. The Large rocks should be buried across the aquascape and the substrate is filled around them.

Mentis shrimp is a deep water invertebrate so you can keep the lighting of the tank blue in colour to make them feel like home. We know about what do mantis shrimp eat and they are really active and quick feeders. You can keep the water flow bit high by putting two pumps in the tank that will keep the flow high.

The Mantis Shrimp are sensitive to chlorine and chloramines found in tap water, so Ensure to use a commercial dechlorinator. Keep the Aquarium Water Test Kit for testing the level of oxygen, ammonia pH level, nitrite and other harmful substances which can be dangerous for your mantis shrimp.  Using an Aquarium Vacuum cleaner may help to make the most out of your aquarium maintenance and provide them with a healthier environment.

Is Mantis Shrimp Good To Eat?

Including that, the mantis shrimp is low in saturated fat, low in calories.  Additionally, lower in mercury as compared with other fish contain iron, protein, zinc, B3, vitamin D, selenium, and leptin.  It is a healthy diet with high nutritional value, providing your body with the vitamins, minerals and other food nutrients. It may protect you against disease and maintain a healthy weight.

Mantis shrimp is an amazing sea creature. A single punch is enough to get easy food. Do you have any information about them? or have you ever eaten them?… Maybe you are thinking to keep them as a pet. Let us know if this article is informative and helpful for you. Share your experience with other people below in the comment section. 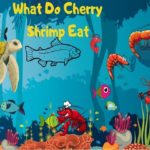