Love to know about what do deer like to eat or what do deer eat?…well, then you gonna love this post. Most of us know that deer are herbivores and belong to the Cervidae family. They further divided into two groups cervinae and capreolinae.

First of all, we have to know about the Geological life of deer, they love to graze between the range of tundra to the tropical rain-forest. According to  AgriLife Research, 80% of the species inhabit the temperate mixed deciduous forest, where they are thriving themselves with a drastic increment in their population.

Deer are found in all continents except Antarctica and Australia, and few spices can be seen in Africa continent like the Barbary stag and fallow deer.

The majority of the species (white-tailed deer, elk, mule deer, caribou, and moose) are found in North America, which lies in the Canadian Rocky Mountain and Columbia Mountain.

Before a few decades, deer made boundaries between forest and human. They never interfered with human boundaries because they have enough space to live. But now they have crossed the boundary because the deforestation by humans deprives their habitat. Now you can find deer in your yard, eating the fruits and vegetables you grow and ruining the crop.

No wonder a century ago, there were less than a million deer in America, But now you won’t believe there are nearly 33 million deer are found in America. Interestingly, Over 12 million people in the USA spend around $ 8 billion for deer hunting, nearly 8 million deer killed during the hunting season each year.

Nowhere, deer are at home now at your next door in the suburbs grazing there without the fear of predators.

Before going into too deep about to know what do deer like to eat…? let’s talk about the behavior of the deer while they are going to eat. Deer are the creatures of the shadows Dawn and The Dusk, they are usually active early in the morning and late afternoon. Deer need to consume up to 7 pounds of food per day. These browsers don’t have upper front teeth. They chew their food by lower incisors against the pad of the upper gum.

They move very slow, take their time, and look around for the predators before start grazing. Surprisingly, deer aren’t seen much nearly blind as compared to a human. When it comes to seeing deer face difficulty in finding the shape of anything only they can really make out is a moment of the head to find the right shape of the thing. With the combination of head and ear, they can easily know what’s going near to them. Their ear is very fine-tuned here a little sound clearly and nose sense is amazing smell from 90-110 yards away. Whenever a deer feel danger its passes the information away to another they slowly raise their tail to alert all about the danger.

All male deer have antlers (Beauty of the deer) and females mainly lack antlers, but some of the female species develop antlers. A study of deer antlers noted that a deer need a large amount of Nutrient-rich diet such as calcium and phosphate for the growth of antlers.

Deer are browsers and primarily feed on leaves and grass, Diet selection is change according to seasonality. They like to eat almost anything, nearly 600 hundreds of different species of plant, fresh grasses, acorn, chestnut, fruit, fungi, lichens, etc.

Around 200 species of the plant are consumed by every deer in their lifespan. The rest of the 400 species is only consumed by those who are greedy to browse. Grasses near your livestock attract them because it’s beneficial both nutritionally and economically.

The food which deer like to eat, the most is cultivated vegetables grown in your yard like Green Beans, potatoes, wheat, oats, corn, soybeans, mushrooms, cabbage, apples, berries, etc.  At the time of scarcity, they eat twigs, bushes, fallen leaves and barks even poison ivy. Various fruits and flowers are also made up most of the diet of deer.

According to Texas AgriLife Research, what do deer like to eat most is Forbs and mast, which is 75% of the diet each year. These are the most important source of nutrients because of their year-round availability.

It is grasses like plants, trees, and shrubs. Broad leave plants or forbs are nutrients rich plants, it also helps to hide fawns from their predators. Some grasses are 4-6 feet long, protein-rich, and also provided cover for deer in winter.

It is a major food source for deer throughout the year, Acorns, Blackberry, chestnut, etc are the species of the mast. Deer love to eat mostly acorns, Around 65% of their diet is fulfilling with acorns in the Autumn season. They mostly eat is white oaks (Quercus alba) and similar species or in winter red oaks (Quercus rubra), Red oaks are more bitter than white oaks.

Their stomach is based on the ruminant standard able to digest nutrients from the plants through the fermentation process. Rather than digesting a huge quantity of low nutrients food, they love to eat fresh grasses, young leaves, etc. They digest easily and have high nutrients, They eat quickly and later cud up food and chew it again.

Nowadays, in many states of America Deers are adapt themselves to human life due to the limitation of Land or to thrive in their population. A key factor to increase their population is to balance their habitat and forage supply. According to seasonality, native plants are absent and low in nutrients value, at that time the forging supply fulfills the needs of nutrients level.

Yes, Deer eat carrot as I mention above they eat almost anything grown in your yard. Doesn’t do them much good nutrition wise though. Deer take time while they chew Carrot because these are big in size as compare to forbs and mast.

Yes, deer love to eat pumpkin it’s hard for them to crack the pumpkin. If you are going to feed your Halloween pumpkin to deer make sure it’s ripe well or you smash them on the ground before feeding.

While eating pumpkin deer take time, Because of the absence of the upper teeth. Firstly, they prefer to eat the inner part of the pumpkin, If they are starving, then they are going to eat the whole pumpkin.

I hope you love this information about what do deer like to eat. Nowadays they eat human-made stuff if you see what type of stuff they eat let me know or others to hit comment below. 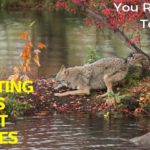